In many expressions, the type of one operand will be temporarily promoted to the larger type of the other operand.

The above example is a special case of the overall concept of implicit type conversion. In virtually any arithmetic operation, the data types of the operands will be temporarily converted to the data type of the largest operand. For example, if we are multiplying an integer by a float, the integer will be promoted to a float for the duration of the evaluation of the expression.

As we see here, we are multiplying an integer with a value of 10 by a float with a value of 2.0. In this case, the int is promoted to a float, so the 10 becomes 10.0. Once the expression has been evaluated giving us a float result of 20.0, the variable x goes back to being an int. This implicit type conversion helps to ensure that no precision is lost as part of the operation. 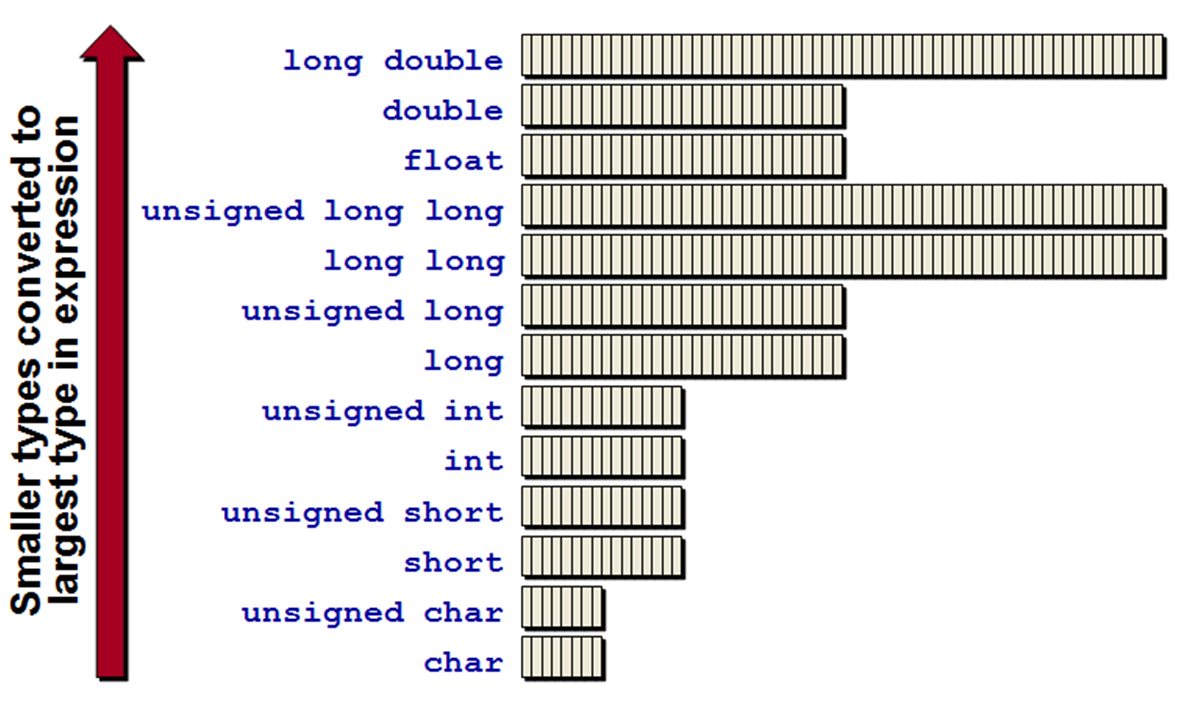 Here are some examples of real world implicit type conversions. For each example, assume that x is defined as a short int with a value of -5.