When you are done adding the configuration, click the Generate icon under Resource Management [MCC] as shown in Figure 1. 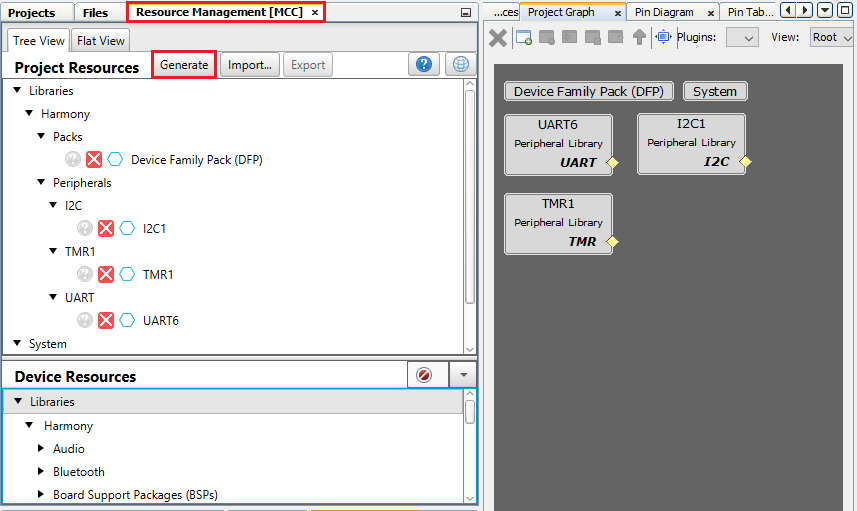 As code is generated, MPLAB® Code Configurator (MCC) displays the progress as shown in Figure 2. 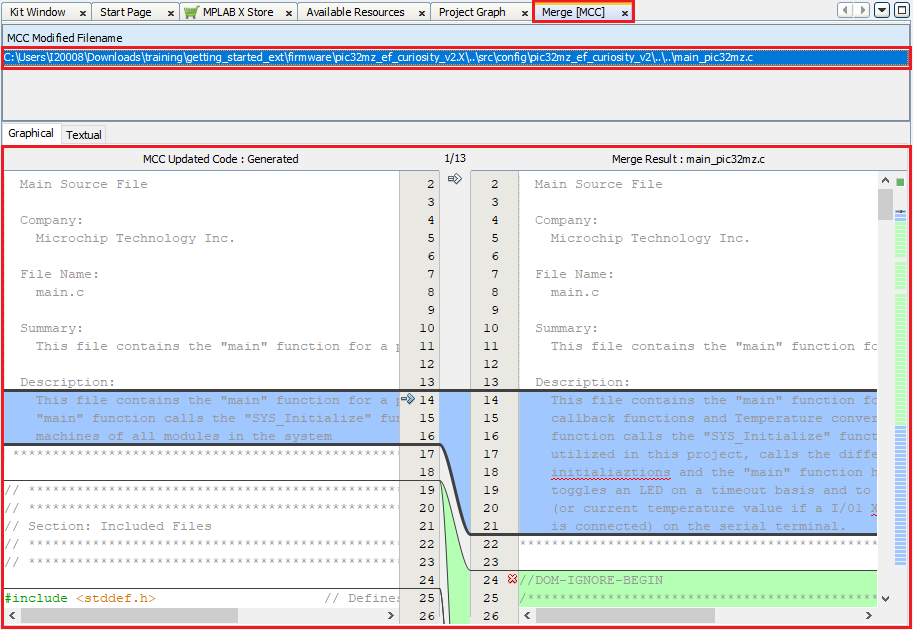 Navigate to the Projects tab to view the project tree structure.

Examine the generated code as shown in Figure 5. 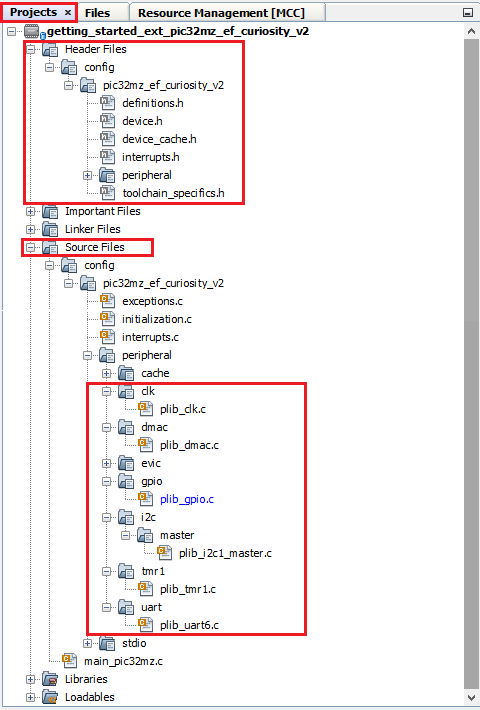 At this point, you are ready to start implementing your application code.