What is Pulse-Width Modulation (PWM), anyway?

If you're working with a switching power converter for motor control, it probably has a set of half-bridge output stages. Each of these has two switches connected in series across a Direct Current (DC) link that carries some voltage, Volts Direct Current (VDC). 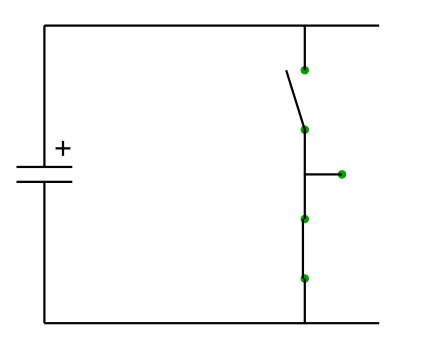 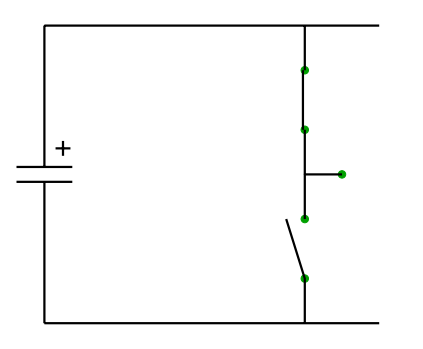 PWM switches between the 0 and 1 state at a fixed frequency. In each period of time (T), the switch is at the 1 state some fraction of the time, and at the 0 state the rest of the time. The average fraction of time is D (the duty cycle), and this creates an average voltage on the half-bridge output of ${V}_{out} = D \times {V}_{dc}$.

A bit of history

It may help to get some historical perspective on PWM for motor control.

Early switching converters (1960s-1980s) for three-phase motors generally used an analog circuit technique for generating the PWM waveforms, called "sine-triangle" PWM. The idea is that if you want to generate a duty cycle with an average value that approximates a sine wave, you can create a triangle waveform and compare it to the desired output waveform (sine wave), using the results of an analog comparator to determine whether or not to be in the 0 or 1 states.

Sine-triangle PWM will work for three sine waves that are 120° out of phase:

The maximum line-to-line voltage you can get in this case, without creating distorted waveforms, is $\frac{\sqrt{3}}{2}{V}_{dc}$, or 86.6% of the DC link voltage. But we can do better than this.

In 1974, K. G. King of Westinghouse Brake & Signal Co. Ltd., received U.S. Patent #3839667 on adding harmonics of the operating frequency to increase the line-to-line voltage of an inverter. In particular, he described adding 3rd, 6th, 9th, etc. harmonics, also known as "triplens", to each of the phase voltages. This affects the line-to-ground voltage, but the line-to-line voltages are unaffected because the triplen harmonics on each phase line up. The resulting line-to-ground voltages appear squashed (figure from this patent): 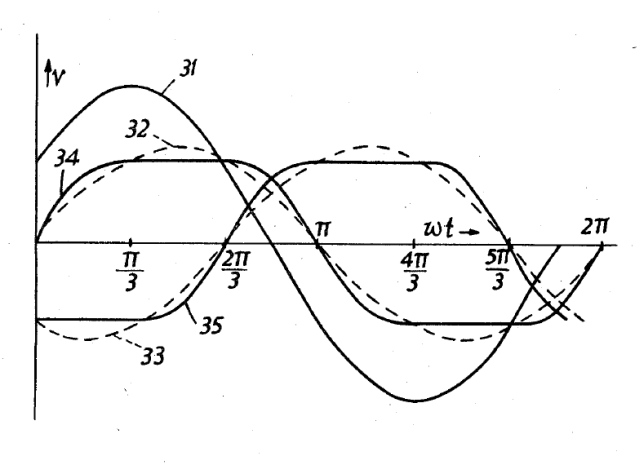 This general idea involves adding what is known as a zero-sequence component, namely the same voltage added identically to each phase. The term "zero-sequence" is from C. L. Fortescue's 1918 paper on symmetrical components, which analyzes three-phase power systems: positive sequence represents equal-amplitude sine waves in the normal phase order, e.g. A leading B leading C; negative sequence represents equal-amplitude sine waves in the reverse phase order e.g. A leading C leading B; zero-sequence represents equal-amplitude sine waves that are aligned in phase. Fortescue showed that any set of three-phase sinusoidal voltages can be expressed as the sum of a positive, negative, and zero-sequence component. Only the positive and negative sequence components affect the voltage measured between any two phases.

In 1984, Houldsworth and Grant published a paper demonstrating that a third-harmonic component, with 1/6 the amplitude of the fundamental, can be added to each phase to produce waveforms that have line-to-line voltages reaching the full DC link voltage (15.5% higher than without any triplen harmonics).