The Motion Gestures recognition engine is deployed as a static C library within the embedded application and it interfaces with Microchip's 2D Touch Surface Library in order to detect gestures input by the user on the 2D touch surface.

New gesture recognition models can be developed rapidly because only a single example of each desired gesture is required to train the model. The Motion Gesture's Software Development Kit (SDK) takes care of generating the training dataset from the one provided example of the desired gesture so that developers can skip the long data collection process that is typically required for ML solutions.

The star gesture must begin at the top point, trace down to the left first, and then trace around until reaching the top again. This is the only variation of the five pointed star that is recognized by this demo.

These eight distinct gestures map to six labels: M, Check Mark, S, 2, Alpha, Star. There are two variations of the M and 2 gestures. In the demo, these variations will map to the same predicted label, so that a capital M and a lowercase m will both be mapped to the M gesture label.

The Motion Gestures demo is available on two different hardware platforms. On both platforms, the demo is integrated within Microchip's 2D Touch Surface Library so that all of the standard 2D Touch and Gestures functionality is available as well. The Motion Gestures Demo Library will detect the complex demo gestures while Microchip's 2D Touch Surface Library will detect fundamental single-finger gestures such as taps, swipes, wheels, and even dual-finger gestures such as pinch, zoom, or dual-swipe. 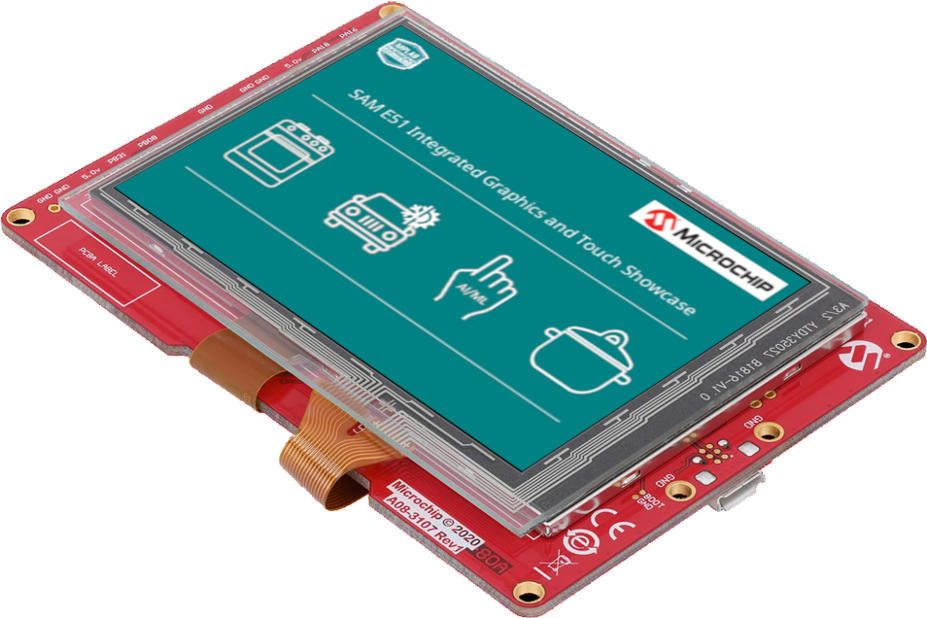 The IGaT Curiosity comes preprogrammed with the initial version of the Legato Showcase Demo. This demo application is a part of the MPLAB® Harmony 3 Graphics application examples for SAM D5x/E5x Family. The latest firmware can be found on GitHub or it can be installed from the Harmony Content Manager within MPLAB X IDE. The Motion Gestures Touch Demo is integrated within the AI/ML portion of the Legato Showcase Demo. 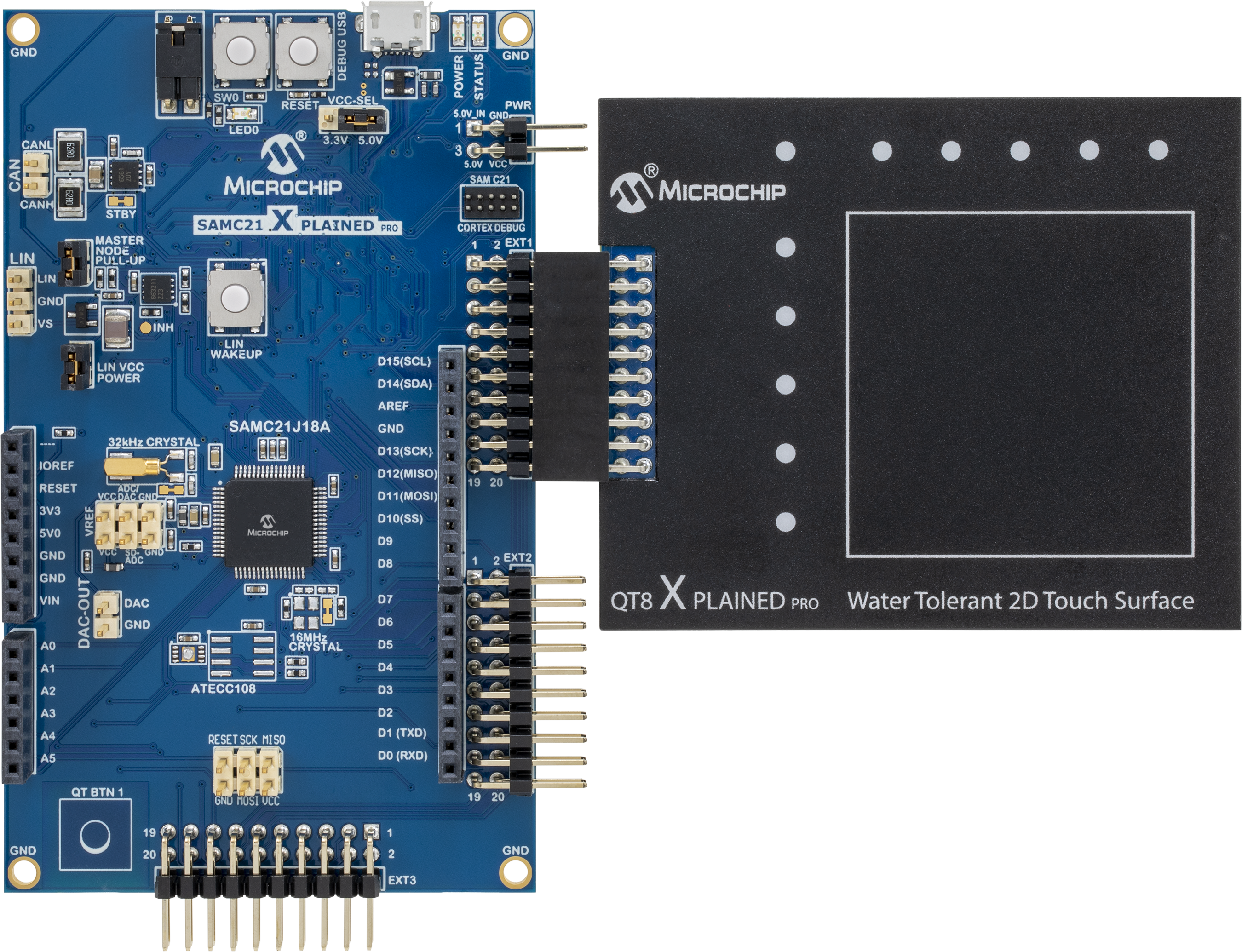 To use the Motion Gestures Touch Demo on the SAMC21, download SAMC21_MG_Touch_Demo.zip and program the board, then use Microchip's 2D Touch Surface Utility on a Windows® machine to view the gesture recognition results. 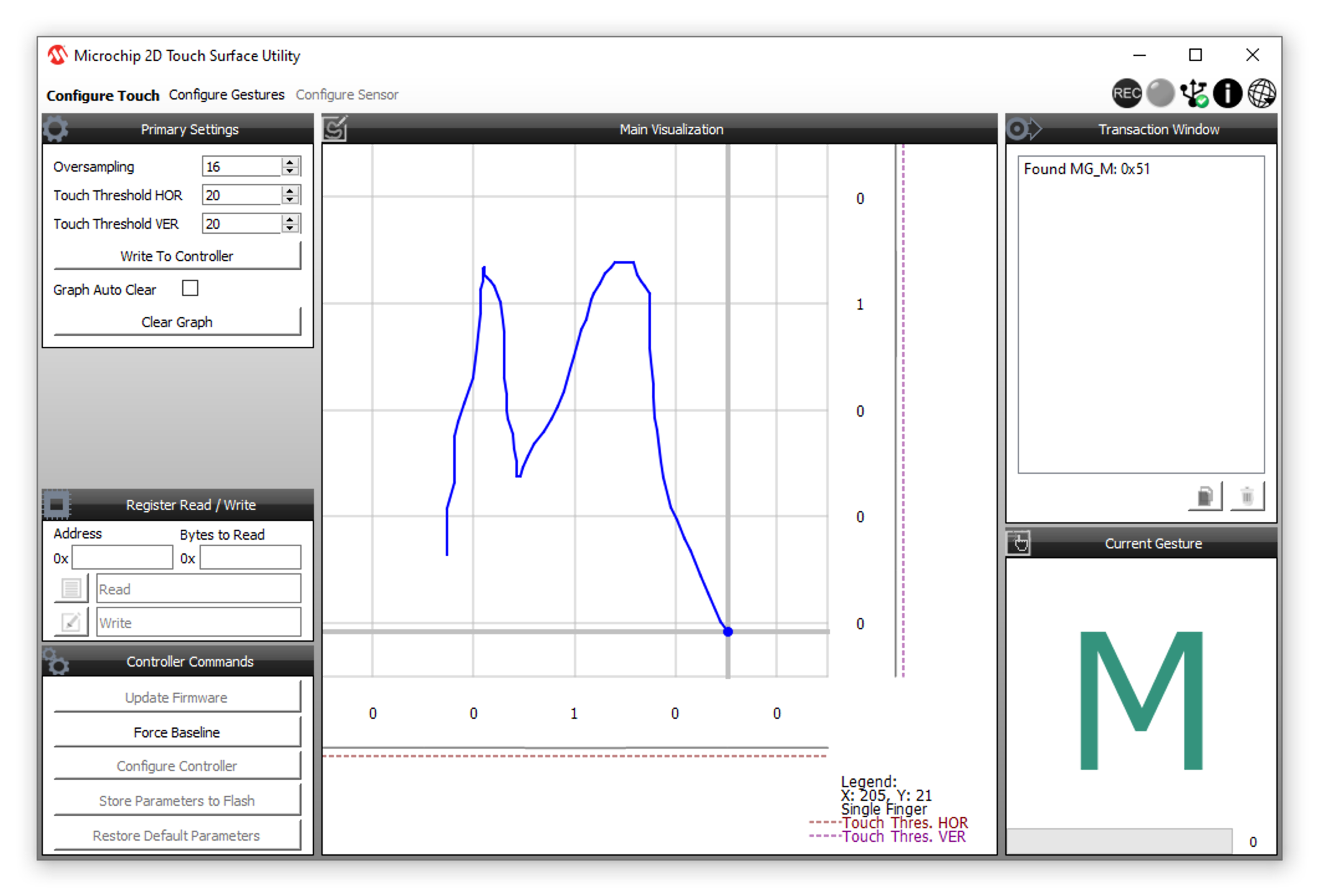